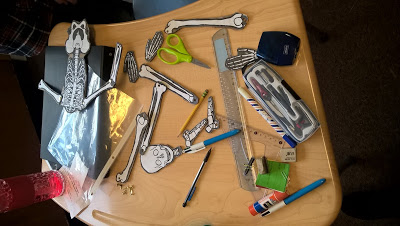 The fifth and sixth grades have begun a new unit studying the bones and muscles of the human body. They worked on being able to distinguish which bones were which and where they are in the body - which is no easy task. They made skeletons by puzzling the different pieces of the body together at the joints. They then wrote out the names of the bones to help visualize where the different parts were placed. 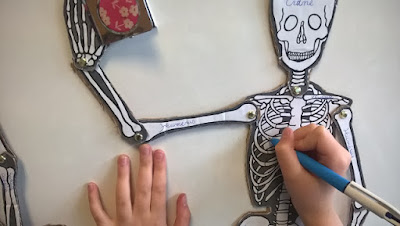 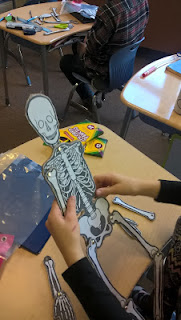 Now they have completed these beautiful models and are moving on to the next chapter...muscles! 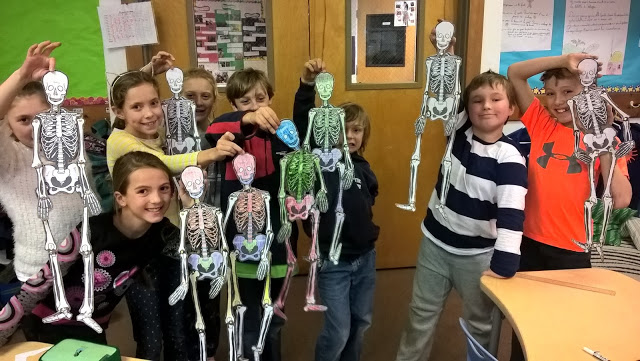