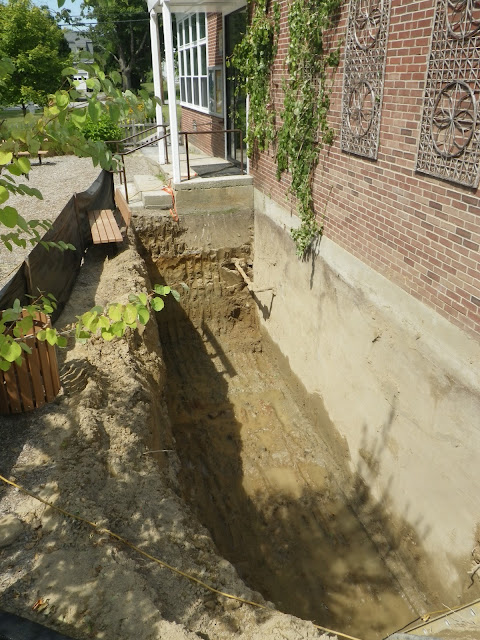 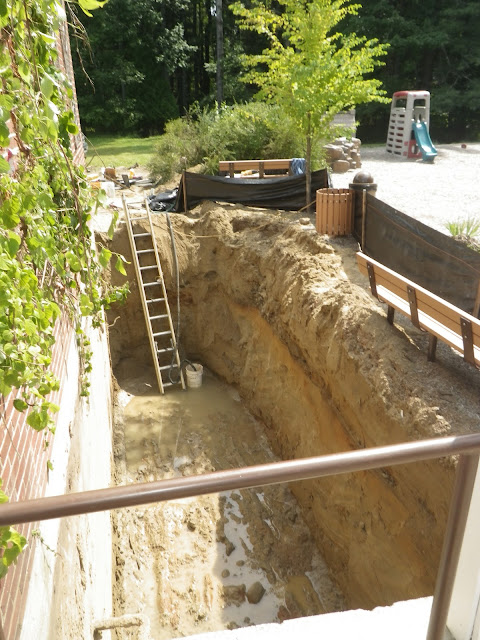 The renovation of the basement is on its way with Freeport Conservatories and contractor Doug Piehl. The playground will be unsafe until school starts at which point all cavities will be filled in and secured. The transformation of the basement into an educational space with natural light, windows and skylights will continue until October. We will keep you updated. 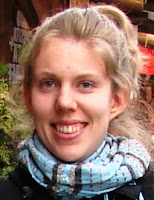 L'Ecole française du Maine welcomes Gaëlle Chevallier as Preschool Lead Teacher. Gaelle comes from Amancy, a small village close to Annecy, in Haute-Savoie, which is a French region situated in the mountain ranges of the Alps, near Switzerland. After earning her Baccalauréat Degree (French High School Equivalent), Gaëlle studied English literature and civilization at Stendhal University, in Grenoble, France, where she obtained her Bachelor of Arts degree in English language, literature and civilization. She spent the third year of her degree in England and attended the University of Reading as an exchange student. This experience abroad contributed to developing her interest in languages and in other cultures. Thus, she continued to travel in Europe and all around the world, to places such as Australia and Argentina. Gaëlle joined the Institut Universitaire de Formation des Maîtres of Bonneville to become a preschool and elementary school teacher. For three years, she taught in various classroom levels from preschool to 5th grade, often in rural settings and almost always in multilevel classrooms of 2 or 3 levels. Her interests include traveling, reading, playing the piano and singing. She is very enthusiastic about discovering the United States and teaching at L’Ecole Française du Maine. 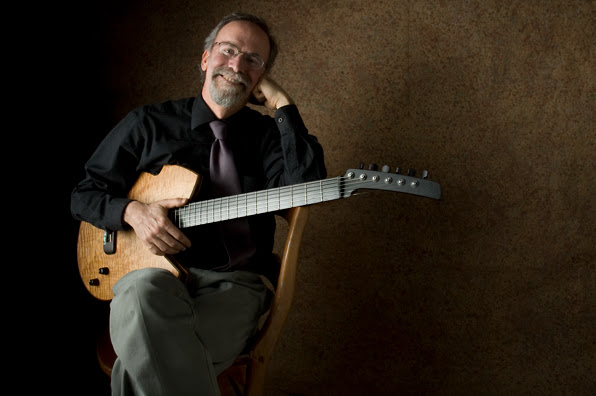 Gary Wittner has been delighting audiences of all ages for over 25 years, performing and  teaching music on five continents worldwide.  He has represented the United States three times: twice as a Kennedy Center/U.S. State Department Jazz Ambassador and once as a Fulbright Grant recipient. He holds degrees from Berklee College of Music and Washington State University.
A popular clinician, Gary regularly presents guitar workshops at the K-12 and college level  throughout the United States.  He currently teaches music at Bowdoin College and The  University of S. Maine School of Music. As a performing guitarist, Gary works in many contexts from solo guitar to larger ensembles.  His arrangements of traditional Blues/Folk Americana for solo guitar have been performed worldwide and can be heard on three of his CDs.   He is a member of the New York based Trio WAG, and also performs Latin music with several bands in the northeastern United States.  He has traveled to Ecuador six times, performing Latin music and his original compositions, and has recorded 2 CD’s with tuba legend Howard Johnson.  He received a Maine Arts Commission Grant in 2006, and continues to compose, perform and record worldwide.
A specialist in the music and life of Thelonious Monk, Gary has presented concert/lectures on Monk at some of the most prestigious music schools in the world including Berklee College of Music (Boston), The New School (New York), The Guild Hall School of Music (London), The Rimsky Korsakov Conservatory (St. Petersburg), and Indiana State University (Bloomington).  His book, “Thelonious Monk for Guitar”, published  by Hal Leonard, continues to be popular throughout the guitar playing world. Additional articles written by Gary have been published in Guitar Player Magazine, Coda, and the International Association of Jazz Educators Journal.   A friend of the Monk family, Gary has performed for Mrs. Nellie Monk, and been interviewed on the radio with Thelonious Monk, Jr.

More info can be found at www.garywittner.com

The school is delighted to welcome Gary who is accepting new students of all levels.

The school wants to extend its sincere thanks to Nathan Kolosko who has been teaching at l'Ecole Française du Maine for the last 8 years.  Nathan has been an important driving force in the growth of the school, sharing generously his enthusiasm, talent and vision on music education.  Nathan even led the school's first French chorus!  The school community is forever grateful for Nathan 's many contributions and wishes him the best in his promising career as a talented composer, a caring teacher and a unique performer. 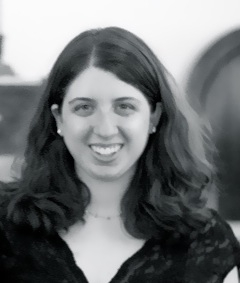 Lauren Kanter was born in Boston and lived there until she was nine. She then lived in Portland, Maine until she graduated high school. Lauren attended Manhattanville College in Purchase, New York and received a B.A. degree in French and a Master's Degree in childhood education. She then recently moved back to Portland. This is her first year teaching and she is very excited to be at L'Ecole Française du Maine. She enjoys traveling, reading, watching movies (especially French ones) and playing piano.