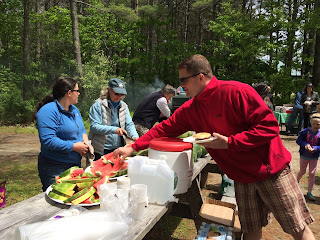 Another great school year is winding down and what better way to part for the summer than with a Family Barbecue? Thanks to the many volunteers who made the event such a success. While the teachers were playing field games with the kids, the parents were busy cooking hamburgers and hot dogs, slicing watermelon and setting up for lunch. Meanwhile, Joelle Morris and Peter Dugas, music faculty of the school, were braving the weather to gear up for a performance of French songs by artists such as Edith Piaf and Charles Trenet. This was no small accomplishment as the cold and wind made it quite a challenge, but these professionals still pulled it off (with breaks to warm up in the car)!  The students even joined in for a couple of songs - Bravo ! Dancing was also part of the fun. Everyone had plenty to eat and there were plenty of smiles all around- Merci beaucoup!! Thanks for coming, it was a great turnout despite the chilly temperature, and thanks for making the day so memorable! 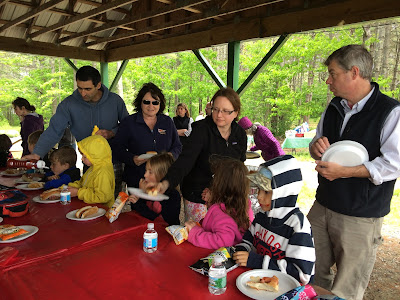 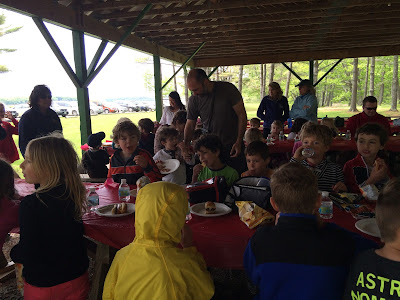 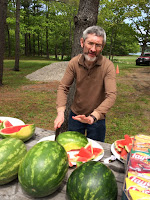 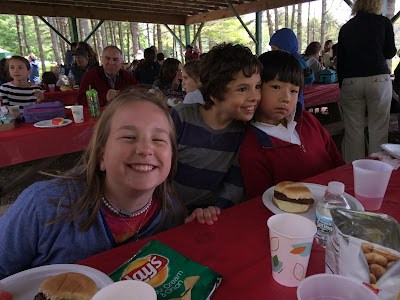 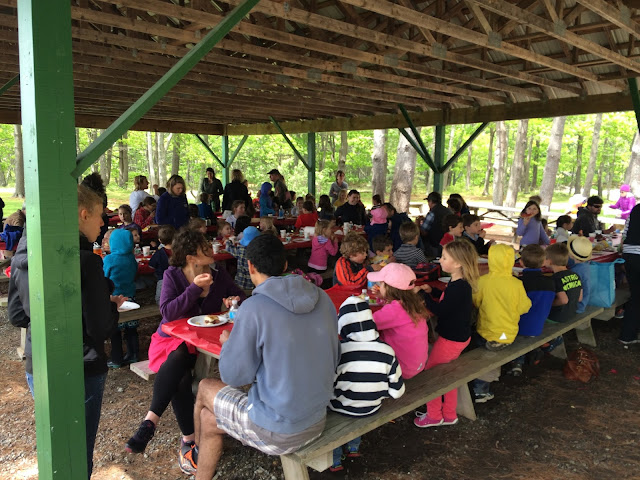 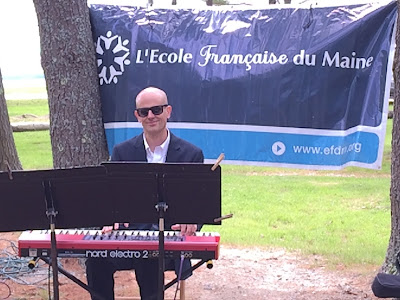 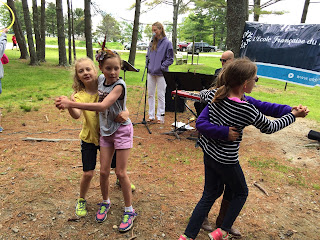 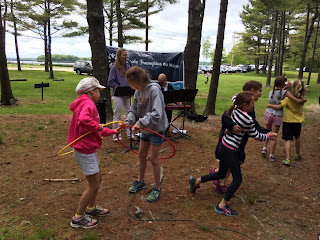